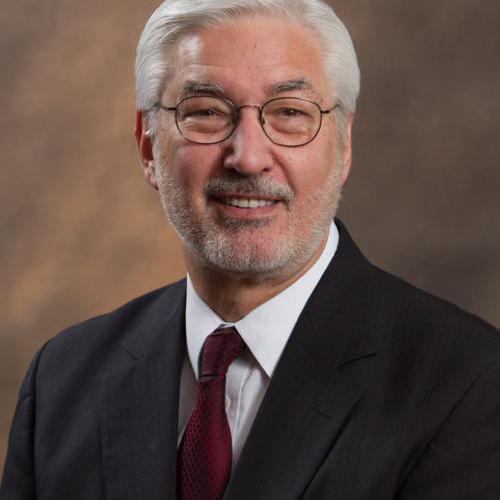 Talks covered by this speaker

Google Sheets: From Beginner to the Next Level

Digital Photography in the Classroom

Dr. Larry S. Anderson, known widely as an avid lover of learning, is: • former junior high school Industrial Arts teacher, middle school Principal, and retired university-level teacher educator • primary architect of the Instructional Technology graduate program at Mississippi State University • author, speaker, leader, motivator, and mentor to many around the globe His greatest area of pride, though, is in being known as a good husband, father—and, now, grandfather. Instructional emphases are: • preservice teacher education • instructional technologies • leadership development • personal and professional development • organizational achievement • personal and organizational accountability A long-time innovator, he is Founder (or co-Founder) of: • Willowood International Technology Summit (since 2012) • "Apple-SWAP," an international public domain software clearinghouse for teachers, in the early days of microcomputing (circa 1977) • MECA (Mississippi Educational Computing Association) • PreSTO (Preservice and Student Teachers Online) • NCTP (National Center for Technology Planning) • ACCE (Alabama Council for Computer Education), (circa 1981) Dr. Anderson's dissertation, The Relationship Between Implementation of Instructional Computing in Selected School Districts and Administrative Computing Literacy of Superintendents in Selected School Districts, served as the primary catalyst for national technology planning efforts, due to the startling findings that resulted from the assessment instruments he created and had validated nationally, along with statistical relationships that emerged from his research. Appointed in 1994 by the Mississippi Governor to the Council for Education Technology, an advisory group formed by the Mississippi Legislature. Dr. Anderson was elected as the first Chairman of the Council and served in that position until June 2004. In that role, he provided leadership in developing the Mississippi Master Plan for Educational Technology, the state’s technology plan. He holds the distinction of having been the only student selected by College of Education faculty at the University of Alabama to receive the prestigious Outstanding Graduate Student Award two consecutive years. As a respected author, reviewer, researcher, and speaker, Dr. Anderson has presented more than 300 addresses worldwide. The Congressional Office of Technology Assessment (OTA) chose him as a major contributor for their landmark report to Congress, Teachers and Technology: Making the Connection. Books and Programs: • “Guidebook for Developing an Effective Instructional Technology Plan” • “Visions and Revisions: Revising and Evaluating Your Existing Technology Plan” • The successful audio program, "Planning for Gold" • "Technology Audit Survivor's Guide" • "Leading Your Own Photo Safari"—More than 80,000 copies have been downloaded from http://photosafari.me • “Think Like A Leader”—a long-running podcast (75,000+ subscribers) about leadership in all organizations and life • “The Power of the Seed” (in process)—a compilation of inspirational stories about the positive impacts others have made upon leaders’ lives • Produced the first interactive videodisc made by any educational institution in Mississippi • Organized and produced the first webcast from Mississippi of a cultural arts event, a live jazz concert from the McComas Theater stage at Mississippi State University. Honors: • Apple Distinguished Educator (2000)—the first higher education representative in Mississippi • Member of the "Impact 30," a group of the thirty people who most impacted educational technology in the US. Other notables in this group are Senator John Glenn, Former US Secretary of Education Richard Riley, Bill Gates, and author Stephen King. • Selected by the Global Information Infrastructure (GII) Awards Program committee as a judge for this world-renowned competition. Responsibility: evaluate the top web sites in the world for the prestigious GII Award. Podcasting Pioneer: • Subscriber #5 to the global Yahoo Podcasting Group which now has thousands of members • First educator in Mississippi to create a podcast ("Think Like A Leader") • Created the first podcast in Mississippi for real estate • Conducted numerous hands-on workshops on podcasting Boards and Advisory Groups: • Board of Directors, International Society for Technology in Education (ISTE) • Open Learning Agency (British Columbia) • Benton Foundation (Washington, DC) • eSchool News • WorldNet Technologies • Founding member of the original Apple Distinguished Educator (ADE) Advisory Board • Community research member, Institutional Review Board (IRB), North Mississippi Health Services Consulting: • 2009 to present—Lead consultant for the Toyota Wellspring Education Enhancement Fund--a $50 million education endowment by Toyota to enhance education opportunities for K-12 public school students in Northeast Mississippi • Led numerous professional development sessions for teachers in the Tupelo (MS) Public School District, particularly during the early stages of their comprehensive 1:1 laptop initiative with Apple MacBook and MacBook Pro computers--and expansion into using iPads and other iOS devices • Pontotoc (MS) City Schools - “Tips, Tricks, and Traps for Your Macintosh Computer” • New Albany (MS) Elementary Schools - Familiarization with Desktop, Laptop, and Mobile Devices • Heritage Academy, Columbus, MS--First Mississippi school to be a 1:1 K-12 school Besides being known as a good husband, father, and grandfather, Dr. Anderson is most pleased to have been given the nickname, the "Johnny Appleseed of Technology."

Your logo could go here!

If you'd like to get your brand in front of attendees following the categories this speaker is talking about (on this page, via email and during each talk) contact us.
We use cookies This website (and some of its third-party tools) use cookies. These are important as they allow us to deliver an exceptional experience whilst browsing the site. Learn more about our cookie policy. By closing this banner, scrolling, clicking a link or continuing to browse, you agree to the use of cookies. Accept
I need help
No I need help
No I need help